Warren Mailley-Smith Concert – as part of the Magnolia Festival 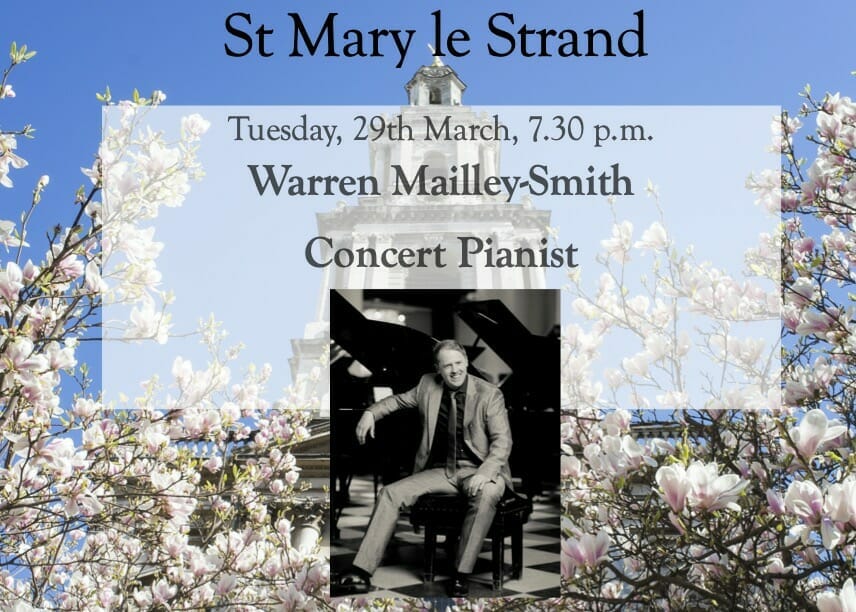 A concert to raise funds for a new piano for St Mary le Strand Church.

Warren Mailley-Smith trained In 2016 Warren Mailley-Smith became the first British pianist to perform Chopin’s complete works for solo piano from memory in a series of 11 recitals at St John’s Smith Square. Hailed by the critics as an “epic achievement”, Mailley-Smith will repeat the series across the UK in coming seasons.   He has given acclaimed solo recitals at The Wigmore Hall, Carnegie Hall and has performed for the British Royal Family on numerous occasions.