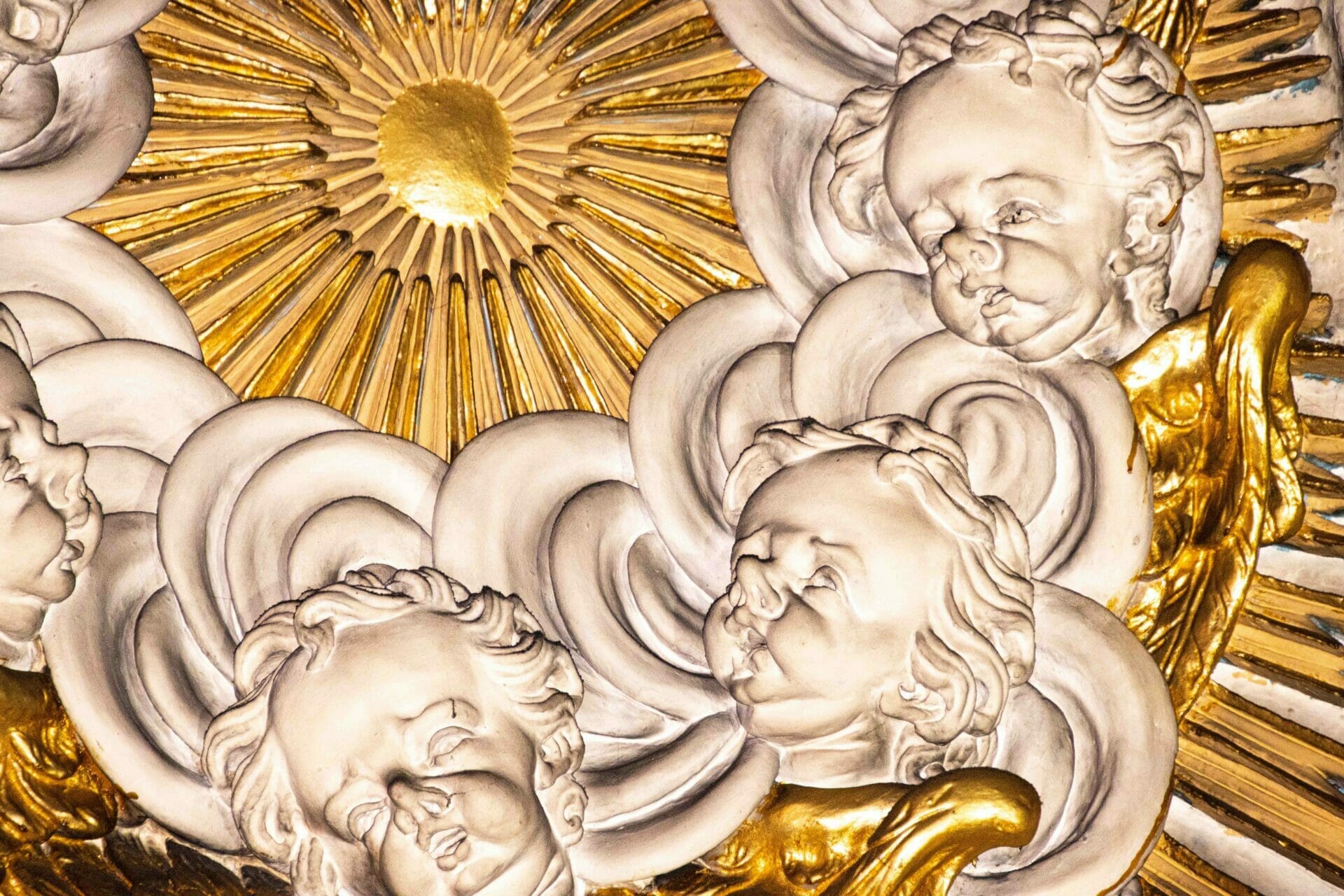 Financial support from The Northbank BID has enabled us to present a Sound and Light Installation:  ‘St. Mary le Strand Speaks!’, from the second week of January 2023 till the last week of February.

The Church’s wonderful, real-gold, apse, and white-flowered, coffered, ceiling, will be flooded with exploratory light [Director of Light Tim Mitchell] and reverberate to the sublime sound of George Frederic Handel. [Director of Sound John Leonard].

We shall be using Handel’s ‘Eternal Source of Light Divine’ – written to celebrate the Birthday of Queen Anne in 1713 – and so contemporaneous with the original ‘New Church in the Strand’ project.

After the Sound and Light, there will be a pause for contemplation and reflection – fulfilling St. Mary le Strand’s brief to be a place of Sanctuary within the Strand. Afterwards the Church will indeed ‘speak’ – courtesy of the distinguished, older, actress Amanda Walker – fresh from playing Clementine in the award-winning film, ‘Triangle of Sadness’.

She, as the Church, will answer the many questions that have been put to her over the years: Why were you built in the middle of a road? And why – when you are an Anglican Parish Church – do you look so very Roman Catholic?

St Mary le Strand, we hope, will divulge her secrets, bit by bit, in a series of encounters with the public, young and old, from local schools and organizations and from all over the world.

This first session will concentrate on the politics of her day. How could it be that a thirty-year-old Scot – James Gibbs – who had never designed a public building in his life – won the Commission to design St. Mary le Strand? Especially when he was in direct competition with John Vanbrugh – who had Blenheim Palace to his credit – and had just been knighted by the new King George I!

St. Mary le Strand will also give personal confirmation of the story – first told by the Scottish philosopher, David Hume, who had a house in the Strand – that Bonnie Prince Charlie, the Young Pretender, paid her a secret visit in 1750….

And at her next meeting with the public, she promises to reveal the secrets of the ‘cheeky Jacobite symbols’ that young Gibbs plastered and carved all over her ceiling and walls…We hope to fully explore the Church’s relationship with the Jacobite Cause and instigate a Jacobite Trail for children – when they meet Bonnie Prince Charlie – and Jacobite Evenings for adults – when they get to drink with Bonnie Prince Charlie! The toast will be: ‘To King Charles III’!

The whole cycle will run for around twenty minutes and will be played three times an hour. It will run from Mondays to Fridays 12-4pm and sometimes into the later afternoon.

“St Mary le Strand is the centrepiece of the newly pedestrianised Strand, we are delighted to contribute towards this exciting sound and light installation which celebrates the history and beauty of the Jewel in the Strand.”